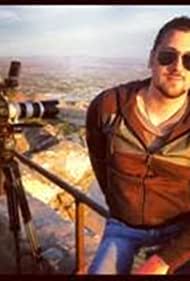 Welcome to the crossroads... Wasteland is a mosaic of American college life seen through those that live it. Each of these characters, twenty-something, confused, insecure, and faceless they share the fate of an uncertain future. They are a cross-section of their generation, children of indifference manipulated by society to drive toward success, obsessed with self-image; they all search for acceptance and most importantly...love. Christina enters an empty office, waiting alone as time passes. She has been called to a meeting with a special counselor for an unspecified college to discuss the loss of a student at the hands of suicide. So begins the story of the four months prior, which concludes in tragedy. The story follows Vincent and his quest for answers. He goes to a campus preacher known only as The Poet and asks of him... "What do you know about love Poet?" Vincent begins to tell his story, his own version of these months, and we meet our characters; lives interwoven in a cycle of friendship, love, and betrayal. We have Amanda, the object of Vincent's love, and the subject of the memory of the one extraordinary night they share together. However, Vincent awakens alone, without a note or an explanation. Confused, he goes to his friend Lawrence, who advises him to simply "walk away." Torn, and left without answers Vincent becomes cynical, disillusioned and depressed. However, just when he's at his worst, he meets Christina and as they begin to learn about each other, it seems as though everything is about to turn around. But the ghosts of Vincent's past haunt him one last time in the form of Amanda who reappears in Vincent's life again. Tugging at his heart and memory from a world nearly left behind, she forces him once again turn to his past. Torn between the two, Vincent will question everything he's always held sacred in order to find the truth that lays within himself. In the process, friendships will be shattered, dark pasts revealed, and the life of one taken by suicide.