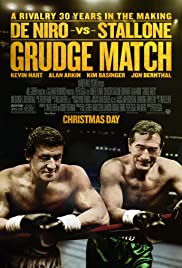 Henry "Razor" Sharp and Billy "The Kid" McDonnen are two boxers who thirty years ago were rivals. Right before a big game, Razor decides to retire because Billy slept with her girlfriend, Sally Rose, and got her pregnant. Today, a promoter, Dante Slate wants them to fight each other, but Razor doesn't want to. But when he loses his job and finds out that he is broke, he has no other choice. So he trains with his old coach. While training Billy, he meets B.J., the son he had with Sally Rose and asks B.J. to train him. And Sally Rose tries to get Razor to forgive her, but he can't.